Buy When There's Blood on The Streets

In April 2020 we wrote an article and sent it out as an email to our clients. In that article we predicted the current real estate boom, and we said it would happen within 12  – 24 months.

I hate to gloat, but here we are in the middle of one of the best real estate booms Australia has ever seen – and it happened within 12 months of our prediction.

Our call was made back when the COVID-19 news broke. Most of the world was calling doom and gloom for the next several years. Some “experts” even said the property downturn would eclipse The Great Depression. History shows we were one of the very few voices persistently calling a boom within 12 – 24 months. We nailed it. But it’s not magic and we’re not gurus. So why and how did we do it? 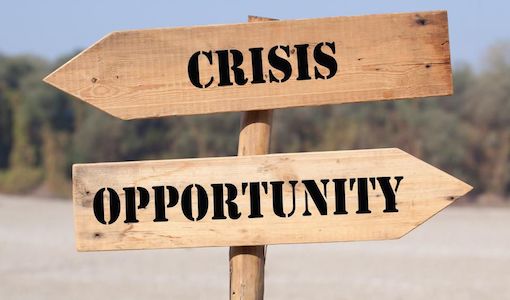 The why is easy. There is too much cash in the market. Too much pent-up, unspent money in the new super middle-class. A class that has now morphed into a very affluent upper class. There are more millionaires and billionaires created every year. Australia is awash with cash. This is due in large part to a rampant stock market ride over the last 10 years (boosting all the Industry Super Funds and SMSF’s) and a relatively stable or rising real estate market.

Then came the lock downs and the country panicked. We were told to stop everything. Businesses were shut, flights & travel plans cancelled and millions put on a new boosted welfare.

With madness in the streets – remember the supermarket toilet paper fights of 2020? – a country in lock down, artificially suppressed volatility, historic low interest rates and millions of cashed up eager buyers waiting in the wings, we couldn’t see how there could be anything but a boom!

The next logical question was when? We estimated it would happen within 12  – 24 months because we observed that it normally takes about 6 months for mass hysteria to subside after a global crisis. Does anyone remember the DotCom Crash and the GFC? Add another 6 months for the masses to realise we’re actually not all going to die, and there you have it.

Congratulations to those of our clients who saw the logic and have done exceedingly well over the past year, buying when others were frozen with fear. Which leads nicely to this little gem…

The validity of this quote has been proven throughout history. As there was figurative blood all over the streets over the last 12 months, it had to follow that a boom was imminent.

So, what and when is the next bust/boom cycle? I don’t want to get too far ahead, but the US stock market is obviously way over-valued. A bust there is obvious. The only question is when. Then there’s that other ridiculously overheated market. I’ll give you a hint, it has two words joined into one.

Watch this space… signup to our newsletter below to be kept in the loop.

Note. This is a brief article about property investing. We in no way seek to minimise or mock the tragedies that occur in the world. They all take their toll and wreak misery. We only seek to highlight to anyone interested in investing, that in times of great tragedy, it is proven time and again, that great opportunity for investment usually follows.

Please enter your username or email address. You will receive a link to create a new password via email.